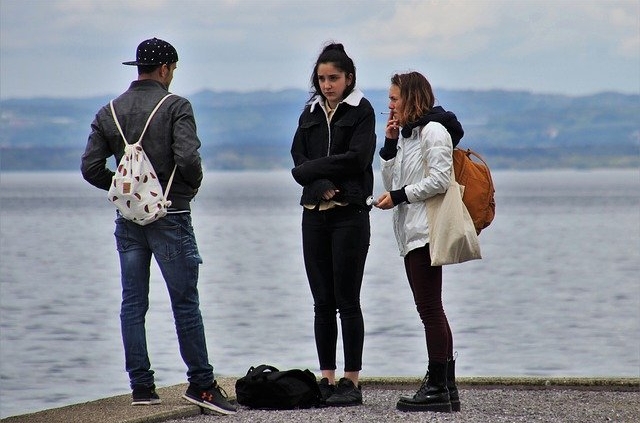 Smoking a single cigarette can easily be converted to a habit pattern when paired with a stimulus. Through hypnosis, one can easily unpair this behavior and stop smoking.

The stimulus could be stress, conforming to one’s peer group, reacting to a trauma, having a great time or many other situations.

Remember Pavlov’s dog? The Russian behaviorist paired a stimulus (a bell) with meat, which caused the dog to salivate. Thereafter, when he sounded the bell alone, the dog would salivate.

Pavlov found that for associations to be made, the two stimuli had to be presented close together in time (such as a bell). He called this the law of temporal contiguity. This is now called Classical Conditioning.

When we experience a situation, whether it’s positive or negative and we add a stimulus such as smoking, the brain rapidly learns to associate the situation with the stimulus (smoking). That’s how the smoking behavior is installed and becomes a habit.

The conscious mind “thinks” that the smoking actually reduces stress, helps one manage or even adds to enjoyment.

I worked with a smoking cessation client who only smoked when she got together with friends for weekend wine parties. She was hesitant to stop smoking because she believed that she wouldn’t have as much fun with her friends even though she was still planning to drink wine.

The issue was the client’s perception and thus, definition, of fun. Her earliest memories of fun were paired with parties that her parents hosted, where everyone was smoking, drinking and laughing. When her parents divorced and stopped hosting parties, the client naturally went through a period of grief and reorientation.

It was this grief that my client had forgotten about when she came to me for smoking cessation. In our initial consultation, she stated that she was afraid her life would become dull and boring if she stopped smoking. We later discovered the connection to fun and laughter during a regression session.

Smoking cessation through hypnosis often uses regression techniques to reveal the root cause of the originally paired association. By neutralizing the pairing, an individual becomes free from the learned behavior (smoking) and can choose whether to engage in it or not.

In hypnotherapy, we support the desired healthy goals (stop smoking) with additional perceptual corrections that create ego strength and confidence. This allows an individual to feel better about themselves, more confident in decision making and sustain higher level choices that add to the quality of life.

Want to join the discussion?
Feel free to contribute!

Past Life Regression Dissolves Being Stuck