My approach is compassionate, clear and customized to help you, help yourself

I have early childhood memories of wanting to help both people and animals who seemed to be suffering. I wanted them to be at peace.

By age 15, my desire led me to the decision to become a clinical psychologist and a veterinarian. I achieved my psychology goal and also became a vet tech.

During my soul journey, I discovered that bodywork, astrology and hypnotherapy were rich pathways to helping myself and then others, become self-aware and accepting. 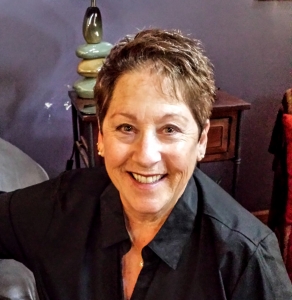 I completed a Bachelors degree in psychology at Hofstra University in New York and began my Masters degree at the New School for Social Research in New York City.

I continued my Masters at the California School of Professional Psychology in San Diego and finished my Ph.D. in Clinical Psychology at International College in Los Angeles.
​
I took graduate school courses in human performance and hypnosis while also dedicating four years to studying Bioenergetic Analysis with Alexander Lowen. I opened a Bioenergetics integrative bodywork practice in San Diego, helping people become more deeply connected within themselves.

In 1982, I joined the San Diego Police Department as a Clinical Psychologist.

In 1985, I moved to Colorado and became the Director of Mental Health in a prison. Several years later, I was invited to move to Aspen and opened Roaring Fork Mental Health and Training Institute.

I traveled all over Colorado as a subject matter expert in trauma, training law enforcement agencies and presenting to the legal community.

In 1993, I switched to the education side of trauma and worked for the Arizona Supreme Court as a judicial educator, training judges and attorneys.
I also taught at the Southwest Center for Naturopathic Medicine in Scottsdale as a trauma expert, preparing medical students for community service.

This educational journey taught me a lot about how our mainstream service systems were not designed to work with the whole individual, but were limited to legal, psychological or medical issues.

I know that trauma is a multi-faceted, multi-layered issue, requiring a wholistic approach, including how we function as spiritual beings.

I left the Supreme Court in 1995, returned to Colorado and opened a private practice in Boulder. I became deeply integrated into Boulder’s spiritually-oriented, Buddhist-inspired community, where my trauma work took on a more meaningful, engaged, and hopeful quality. 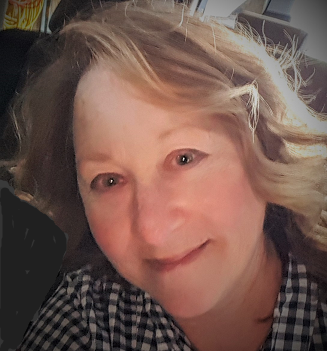 While living in Boulder, I discovered Evolutionary Astrology (EA) through Jeffrey Wolfe Green and his teachings evolved me to a new level of consciousness.

I began relying upon my inner presence for guidance. This helped me to offer soul-level connection through astrology and other mediums.

Because of my background in consulting, I also applied EA to business development and created a program to assist entrepreneurs succeed in business as a Business Astrologer.

Moving to Seattle represented a new chapter since I had long-dreamed of living in the Pacific Northwest. Several years after moving, my desire to help people discover peace within themselves, began to unfold.

In 2018, I settled in a little college town called Bellingham, on the Canadian border. I became a Certified Hypnotherapist and began integrating hypnotherapy with Evolutionary Astrology. I am now a Board-Certified Consulting Hypnotist.

After more than 30 years as a clinician, I felt grateful to be finding a balance between soul and ego journeys.

I love reading the “Tao”, Eckart Tolle, and am beginning the journey of Kriya Yoga.